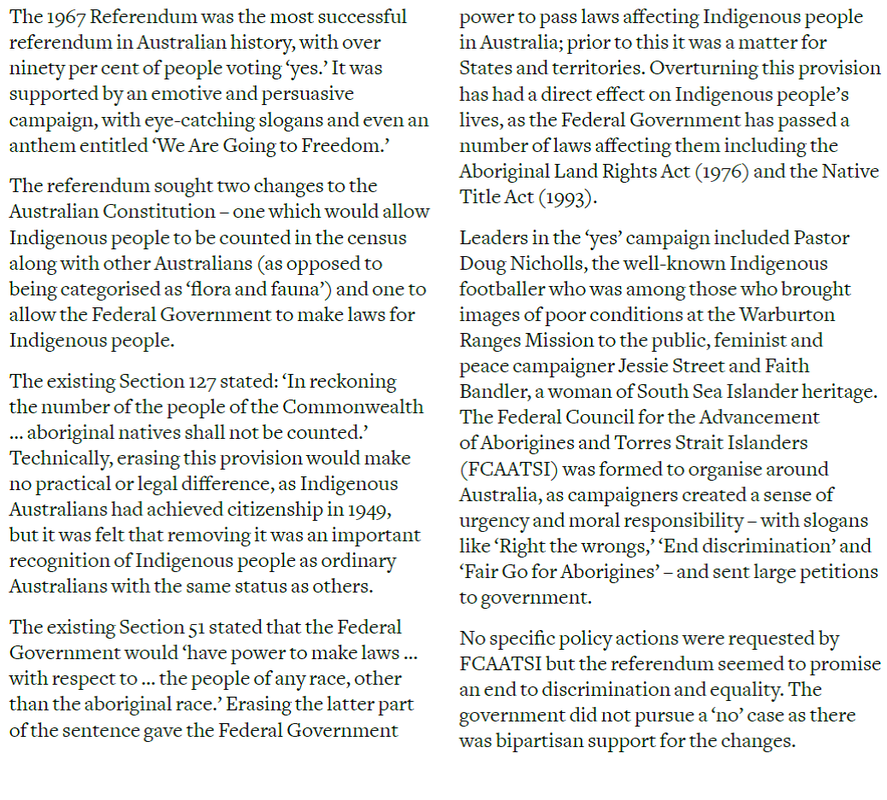 Only eight of forty-four referenda have passed in Australia since 1906. Notable referenda have been on conscription (1916, 1917), banning the Australian Communist Party (1951) and becoming a republic (1999). There was even one on Australia's national song.


Which are the eight that have passed?
Created with Padlet

Complete the Google form below before the end of class.
https://docs.google.com/forms/d/1qyLQYF5YQT7a32lLnrIveHFml6JXkgRiuB3MRz4KffY/viewform?usp=send_form
Powered by